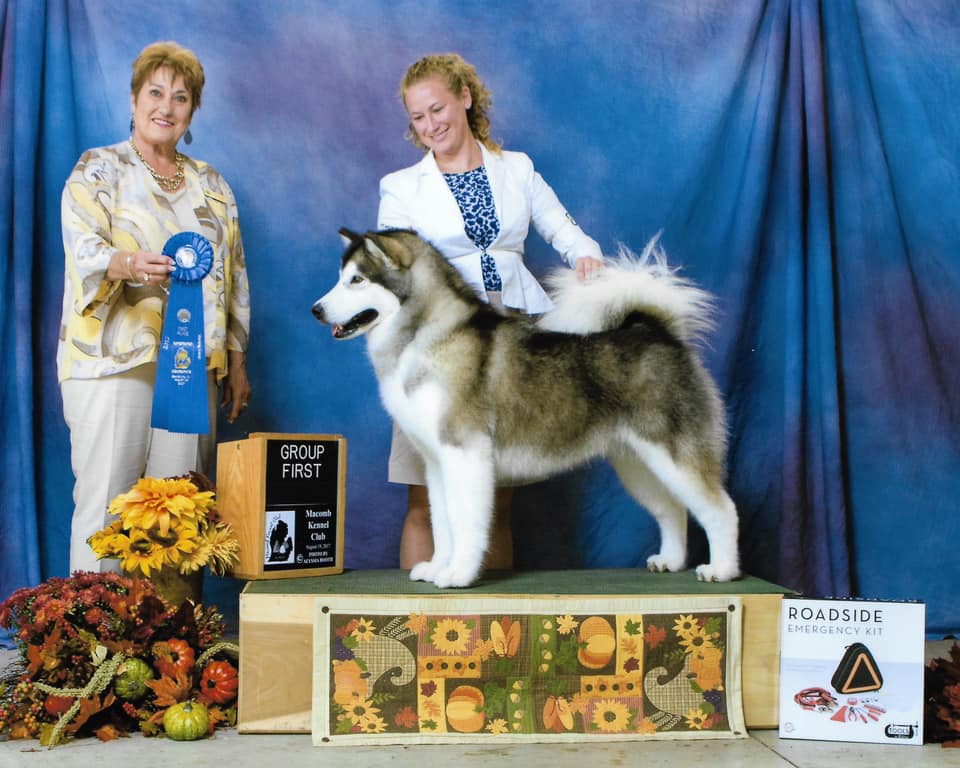 AKC
Group Winner
Group Placer
Multiple Best In Show Owner Handler
Multiple Reserve Best In Show Owner Handler
Grand Champion Bronze
Grand Champion
Champion
Fast Cat (BCAT)
Canine Good Citizen Advanced
Canine Good Citizen Urban
Trick Dog Advanced
AMCA
Best In Specialty Show
Best Puppy In National Specialty Show (2014)
​Multiple Top Twenty Contender (2017, 2018)
Award of Merit Winner
Buddy Alaskan Malamute (Requires 10 titles)
IABCA
Grand Seiger Winner (Best of the Best In Show)
Multiple Best In Show
Reserve Best In Show
Multiple Group Winner (Undefeated)
Champion
UKC
Multiple Best Baby Puppy In Show
Reserve Best Baby Puppy In Show
Multiple Group Winner (Undefeated)
​Champion
Quinn is the heart and soul of Sigma Kennels.  The only female produced out of the two Ketch x Tori (Belle's litter sister) litters, Quinn had my attention from the moment I knew of her existence.  At eight weeks of age, Quinn evaluated out as pick of the litter!
They say some flames burn bright and fast, flickering out after dazzling us with their momentary brilliance; while others burn slow and steady, illuminating our world with less fervor but for a greater length of time.  Quinn's show career was the former.  It was clear from the first moment Quinn stepped into the ring at 4 months of age that she was something extraordinary.  From multiple Best Baby Puppy In Show wins to Best In Specialty Show winner, Quinn was destined for greatness.  Sadly, Quinn's career was cut short.  In December of 2017, at 3.5 years old, Quinn suffered a closed pyometra which required an emergency spay.  Thus ending a promising career.
While no longer able to grace an AKC show ring (she will be able to return to independent specialties once a veteran), Quinn is able to occasionally show in other registries.  In February of 2020 we decided to try out the IABCA with the goal of winning the Grand Seiger award.  The Grand Seiger award can be described as a " Best of the Best In Show".  Only the Best In Show winners across the various categories offered are able to compete.  To my great delight, Quinn was invited to compete for the Grand Seiger by winning three Best In Show Altereds!  It should come as no surprise by now that Quinn took home the Grand Seiger that day, proving that uterus or not she's still got it!
​
Quinn is a standard sized dog with a massive personality.  A true show pony, Quinn sports an ideal headpiece, massive feet and bone, and fluid/efficient movement.

As fate would have it Quinn never became a mother, however she still managed to make a mark in the breed.