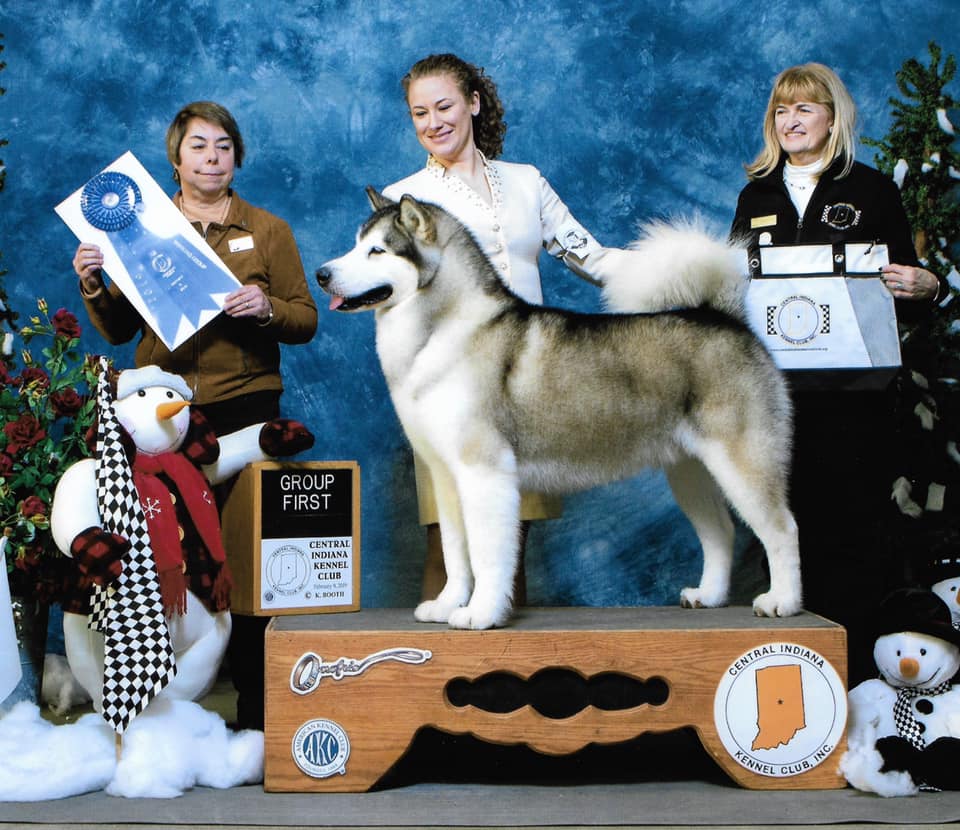 ​AKC
Group Winner
Multiple Group Placer
Reserve Best In Show Owner Handler
Grand Champion Bronze
Grand Champion
Champion
Canine Good Citizen Advanced
Canine Good Citizen Urban
Trick Dog Novice
AMCA
Best In Specialty Show
Register of Merit (Conformation)
Top Twenty Contender (2019)
Multiple Best Veteran In Grand Sweepstakes
Multiple Best of Opposite Sex to Best Veteran in Grand Sweepstakes
IABCA
Grand Seiger Winner (Best of the Best In Show)
​Best In Show
Multiple Best Veteran In Show
Group Winner
Group Placer
Champion
​Super Veteran Champion (Over the age of 10)
UKC
Multiple Best In Show
Reserve Best In Show
Multiple Group Winner (Undefeated)
Champion
Ketch was our first show dog, and is the foundation male for Sigma Kennels.  Ketch completed his AKC Championship in June 2013, prior to two years of age as the #1 Great Lakes Area class dog, and as the #8 class dog overall.  In June of 2014, Ketch completed his UKC Championship in one weekend; obtaining four Northern Group 1's, one Reserve Best In Show, and two Best in Shows.   In February of 2022, Ketch came out of retirement to earn the final titles required for the AMCA BAM title.  We took Ketch to an IABCA show in Ohio where he completed both his INTL Championship and his Super Veteran Championship with a Working Group 1, a Working Group 3, three Best Veteran In Shows, a Best In Show, and the coveted Grand Seiger award!
After taking some time off to mature, Ketch returned to the AKC ring in 2017, and surprised us all by taking the breed and making a cut in the group!  It was at that point it was decided that Ketch deserved a specials career of his own, which culminated in:  multiple group placements, a group win, and a Best In Specialty Show win!
Ketch is now mostly retired from the show ring, but may be seen gracing the occasional specialty in the veteran's class!